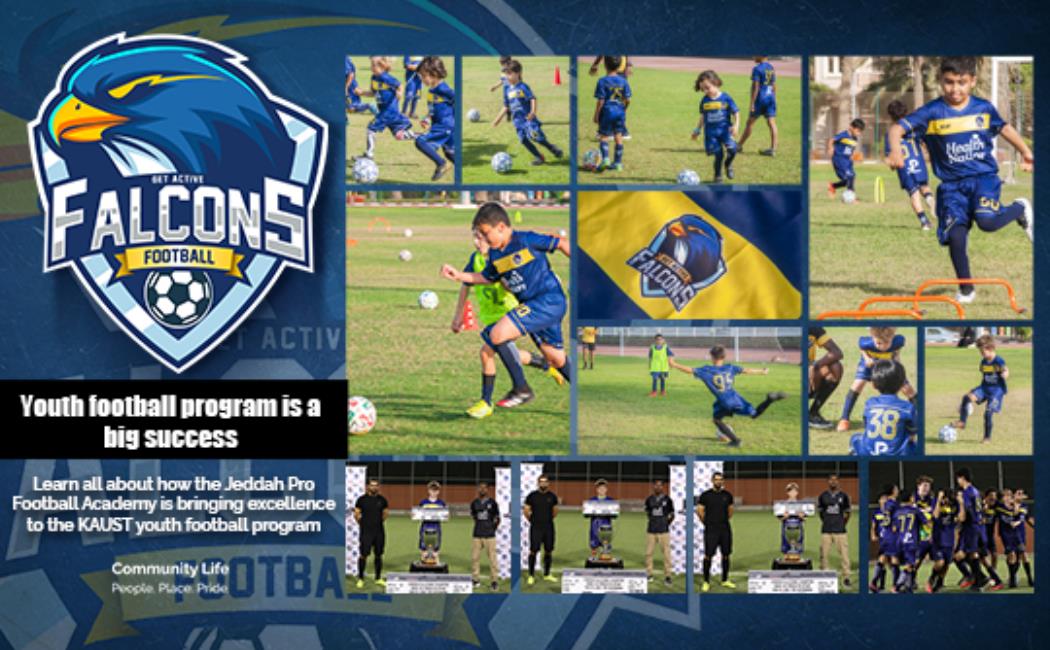 Football has been always one of the top youth activities at KAUST. The high demand and excellent natural playing ability of our youth recently attracted the Jeddah Pro Football Academy to provide their program here at KAUST.

This program is focused on developing technical, tactical, physical, mental, and social skills. But the program outcome has been more than football. It has created friendships, enabled our youth to be active, and most importantly have fun.

Read below all about the progress and success of the program.

The Falcons Football club in KAUST partnered with the Jeddah Pro Football Academy (JPFA) in 2020 to provide quality football practice to children in the community.

The coaches are qualified by the American and UK football federations. Classes are mixed-gender and are available for young people from5 to 16 years old. A sign-up to the football academy includes 1 session per week for under 6's and 2 sessions a week for groups from under 8's to under 16's. Sessions for the age groups of under 8's to under 16's are held at the Harbor Sports Club field, and for the groups under 6's held at the Harbor Sports Club arena. 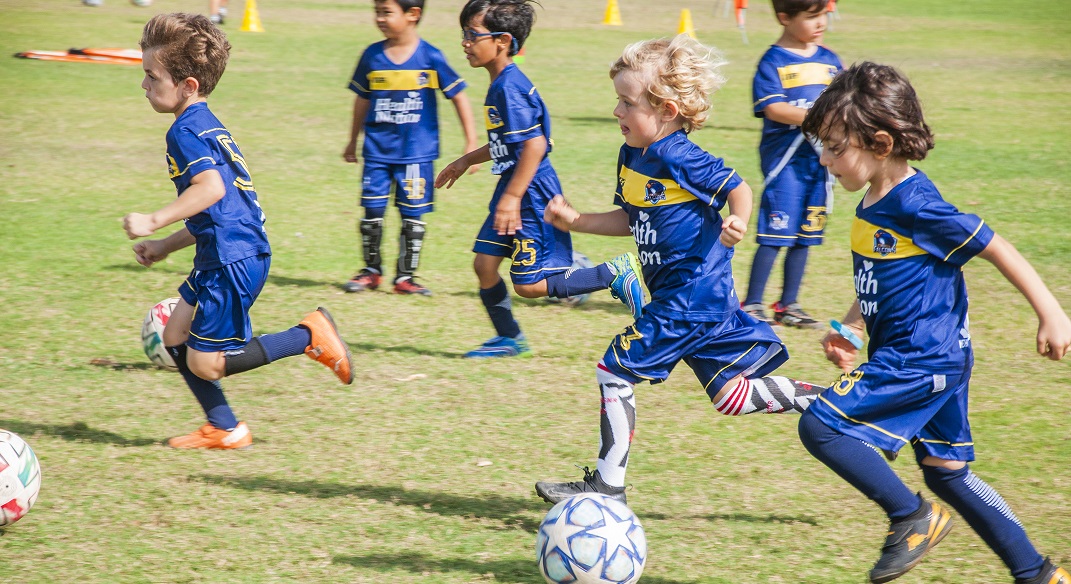 The partnership with JPFA has enabled us to continuously improve our offering and provide tangible achievements, including: 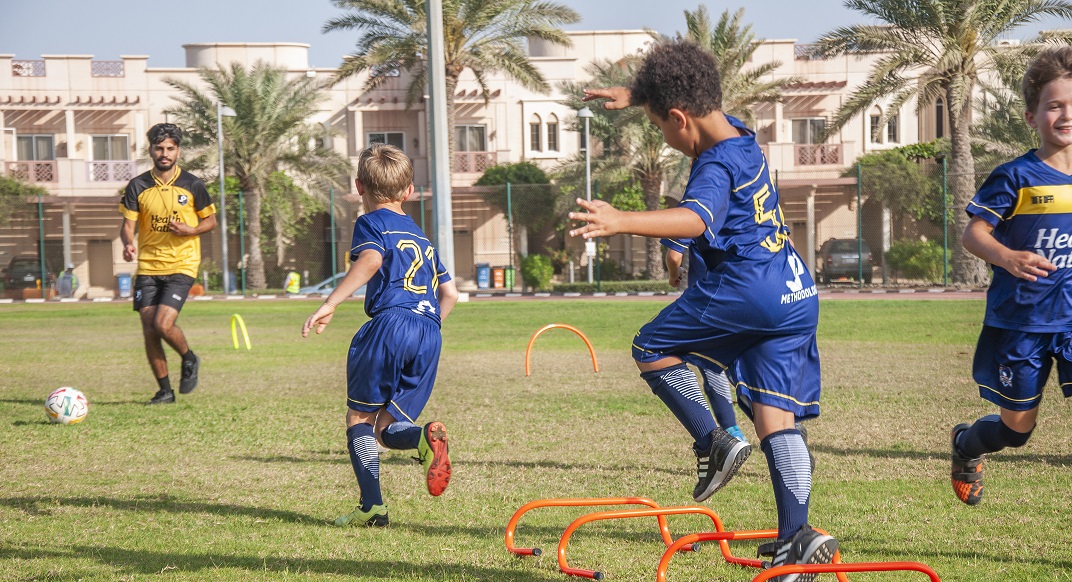 Here are some recent league performances to highlight:

Three Falcons boys: Timo Sladakovic 16, Cronan Hogan 16, and Samuel Powell 14, were selected for the Spanish scout program through JPFA league matches that were held in Ramadan last year. In August 2021, Cronen, and Timo went to Valencia for a 2-week scout program where they showed off their talent while playing many matches with local teams as well as Alboraya CF and participated in Scouting OPP with Vilamarxante CF also in Valencia. Timo and Cronan's s journey is only just about to start as they were selected to join the professionals and both will be leaving KAUST soon. See photos. 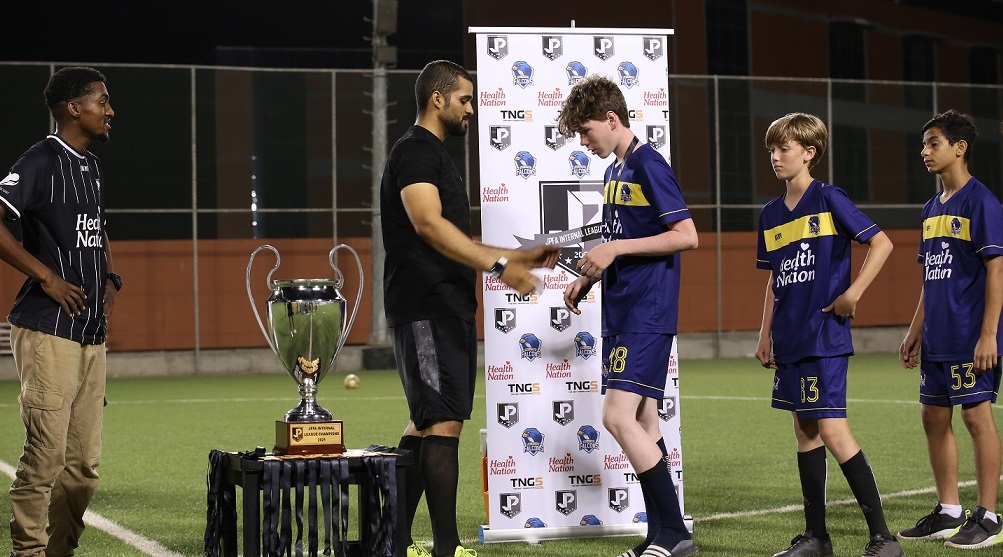 JPFA league matches with three Falcons football teams (Gyr Falcons, Shaheen Falcons, and Hurr Falcons) aged 14 and above ended on Saturday, January 29. Out of seven teams, our Gyr Falcons won the championship title. The winning team has been invited to Spain. We can't wait to see who will follow, Cronan, Timo, and Samuel's footprints and set off for the scouting program in Valencia. 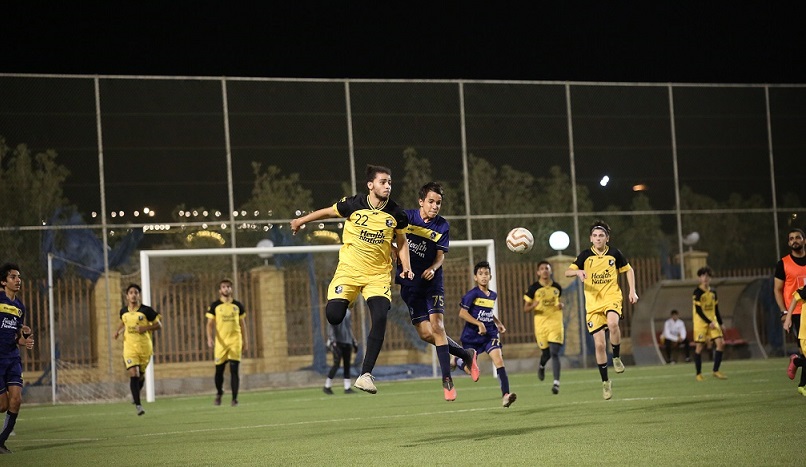 To add to the current youth football program, JPFA is preparing to launch a women's football academy here in KAUST starting from February 2022. The sessions are to be held from 8:00 P.M. Mondays and Wednesdays. Few spaces remain available. Please contact the JPFA email below for more information.

This is an exciting time for women's football in Saudi as the first Saudi Women League, organized by the Saudi Ministry of Sport is to be held soon which will be an exciting opportunity.

Photos and videos of the Falcons Football Academy are now available on the Community Life Flickr page and YouTube.

To register your child for the football program please go to the KAUST Falcons Football Academy form.

What Sustainable Development Goal is this event related to?

Thank you for playing a big role in shaping our program and putting trust in us in developing lifelong skills in your kids.