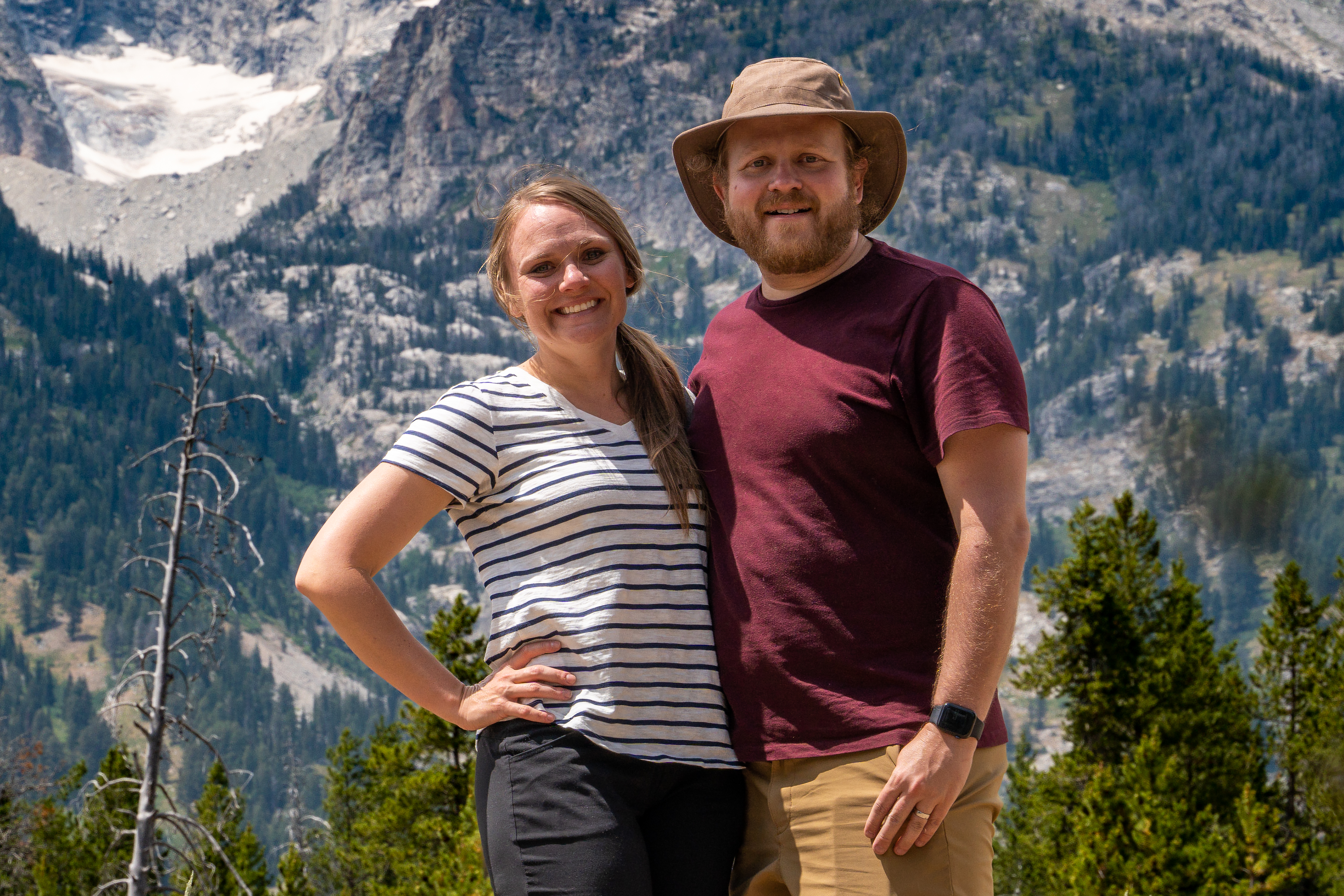 Eric and Ashley Rowell like to work hard and play hard. When their work is done, they like to take off on yet another exciting adventure. Then, they share their many adventures through their popular YouTube channel. They have now been to nearly all of KSA's provinces and have explored its deserts, beaches, historical sites, and eaten lots of great food along the way.

When this dynamic duo are not on an adventure, Ashley works as a Grade 1 teacher at TKS and Eric is Senior Admissions Representative in The Office of Admissions and Student Recruitment. Ashley enjoys learning from her amazing colleagues and Eric enjoys bringing students from around the world to join the KAUST community.

Originally from Texas (Eric) and Tennessee (Ashley) in the United States, they moved to KAUST from Durham, North Carolina in December 2015. They both lived internationally before and were looking for another international opportunity. KAUST appealed to them because of the career advancement opportunities, the diverse community, and being a great base for exploring this part of the world.

Ashley and Eric decided to start a YouTube channel to have a creative outlet to share the places that they were exploring with their friends and family. Their channel started out with lots of videos driving through the desert, but it's expanded to include longer adventures all over KSA as well as some more recent events at KAUST, such as Eric competing in the open water swim race.

They enjoy using KAUST's facilities, such as the pools, gyms, and beaches. And they really enjoy watching the diverse bird life that calls the KAUST golf course home. They also love to go diving from the KAUST Manta, the KAUST pleasure boat. Eric also likes to compete in triathlons and worked with Community Life to help establish the first KAUST Triathlon in 2018.

They both appreciate that having so much to do in close proximity means there's more time to enjoy the things they like to do. For example, a few years ago, they had the opportunity to join a whale shark trip organized by the Red Sea Research center. Before coming to KAUST, they would not have imagined swimming for hours with three whale sharks in the Red Sea.

"We have really appreciated the opportunity to make friends with people from all over the world. Being here has made us more conscious of differences in ideas and has helped to broaden our perspectives."